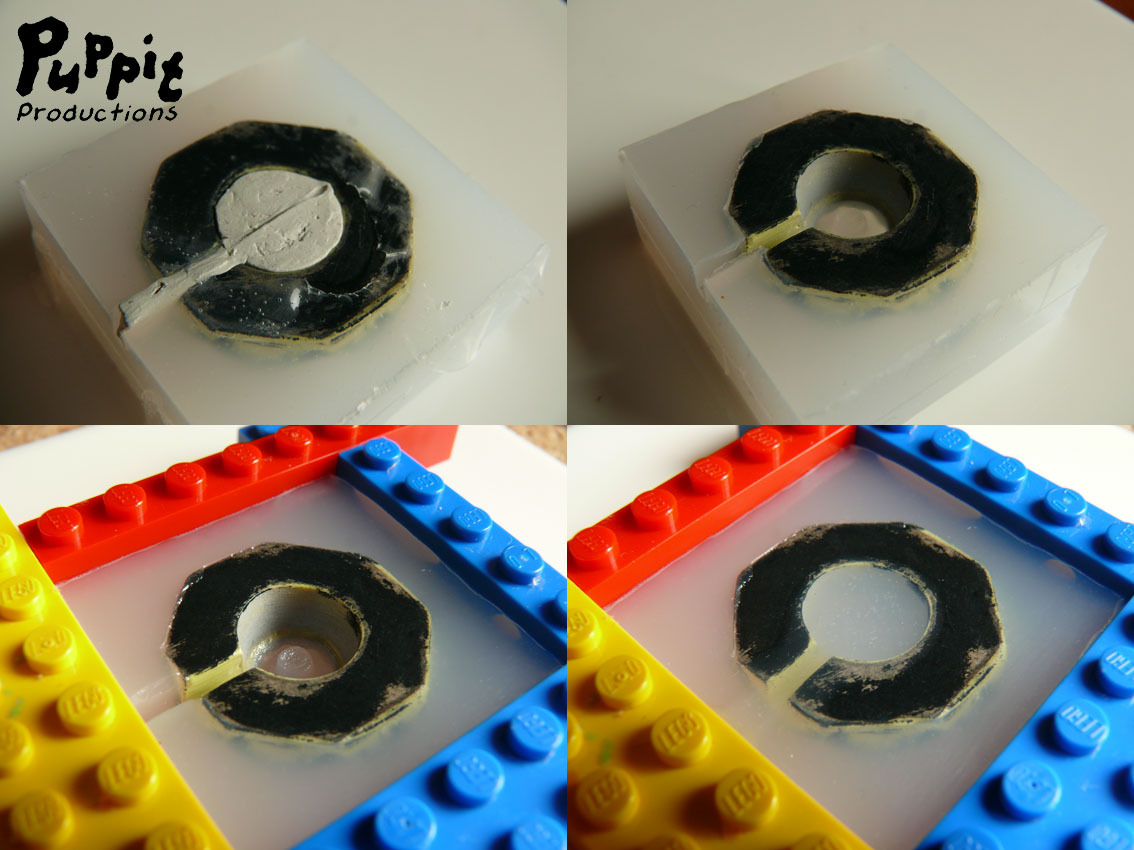 Another little step-by-step photo collection of a mould for the BJD wheelchair. In this case, the centre piece that hides the nut with which the back wheel is held onto the frame. Sort of like a hubcap.

“Read” from top to bottom and from left to right.